Thank you for registering your interest.

The moment App Craft is published I let you know.

Applying what you will learn from this course and you will have an audit app for £200.

You’re working for an SME. Your IT staff has a backlog of issues. So your back office automation app goes to the back of the queue. Limited funds mean no outsourcing budget for professional developers. Besides development, testing, approvals would be time consuming, years, months and expensive.

Is there an alternative?  You probably thinking developing apps is beyond you. It is not your main job. Besides you don’t have the time to research, filter support documentation. Read blogs, submit questions to community support forums.  And watching, endless YouTube videos isn't an option. Add everyday daily tasks to the mix and your app ideas disappear into the future.

You can do it. Don’t let anyone tell you differently. All you need is the will – and the way – and that’s where I come in. Learning with Cloud Hound is life-changing. You’ll have the flexibility and support to study around your job, family and commitments. Do something amazing and fulfil your dreams and goals. After all, what’s stopping you?

This course develops your learning in four main areas:

My methods mean you don't have to put your life on hold to complete the course. You can study at home, at work or on the move.

Stop waiting for IT and solve your team's problem now.

What our customers are saying: 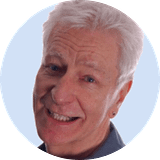 Despite being a beta test edition ‘App Craft' inspired me the minute I started the course. Before 'App Craft' I used free and paid for online training. I wasn't making much progress because the courses were largely theory. I found, such courses often lack real-world scenario.

Theoretical training makes it challenging to picture how the course can be applied to build a real-world app. For example, upload an image to SharePoint. Suppose you want to add metadata (an image a title and description). You need to find the training for that somewhere else. More time wasted. Not with this course.

To buy this course was pretty much a gut decision...

I like to consider my technical skills are well above average, but I had no previous MS Power App knowledge. I needed rapid training that covered the building of a complete working audit app. And could be deployed in days not months. Learn by doing focus really helped cement my understanding.

While the training programme was a pilot edition. I had little difficulty to make the necessary adaptations. To fit our business requirements.

Warning "Hanging On" Is Destroying Your Health

Some years ago, I worked for Hilton Park Lane, London. We used paper forms and many files. A few years later working elsewhere, Word, Excel spreadsheets, emails. Workflows were clunky. Inevitable some of our information was inaccurate.

People held information in their heads.

Add lost or damaged files and decisions tended to be more subjective than factual.

It was challenging to identify which assets were uneconomic. What processes needed improvement. Such antiquated decision processes led to downtime.

This resulted in higher staff stress levels. Increased the number of health and safety breaches.

If Power Apps were available to me then. We would have created and deployed applications ourselves. Because IT involvement wouldn't necessarily be required.

Many of our existing back-office processes could have been automated.  Staff would have been able to access apps both on and offline. Thus, overcoming Wi-fi black spots. This capability would ensure procedures were adhered to.

Added benefits minimal data input errors because transposition errors are eliminated. Our decisions would have been based upon accurate real-time verifiable data.

Thinking back, I know my first app would have been an inventory audit app.

Power Apps is intuitive and a "Minimal-Code " solution. This means anyone can turn challenges into profits.

The only way to keep up with the speed at which the world moves today.

Is to empower everyone from the front-line worker to the executive.

Microsoft Power Apps gives you the ability to create powerful business apps. They can run on phones, tablets, and browsers, and can pull data from over 200 sources. In this course, I’ll explore how you can leverage Power Apps to create a user-friendly audit app. You do not need developer skills. I’ll show you how to allow power users to use amend questions or create new audits.

It’s all too easy to feel overwhelmed by verbiage, poorly composed training.

Such factors make you believe you lack the knowledge required to build an app.

I’ve felt that. Admittedly my dyslexia is a significant contributor factor to my frustrations. But that's not unique to me.

Dyslexia makes you think differently. Examples of dyslexics Albert Einstein, Winston Churchill, Richard Branson.  For me, I prefer to take things apart. And learn how each bit functions rather than attempt to comprehend the theory.

Working in hospitality for more than twenty years. Strengthed my systems thinking approach towards learning. And that factor attracted me to work in IT.

What Our Customers Say

I’m currently involved in content management, app development. As a Power App user, this course enabled me to build on that experience. Mastering business app development tools will raise productivity levels within my organisation. If you are new to the field, this is an excellent course. It provides a quick learning curve to get you up to speed with building apps!

Build apps you love and get on with living your life.

I have a young family and I wanted to advance my career and earn more money. I didn’t want my boss, team to see me as “just another employee” but as an authority for app development. I’d describe myself as a citizen developer but in reality, I’ve yet to achieve that. Nevertheless, I’ve taken the first step with this course. My app objectives increase organisational profits, productivity, and  maximise departmental budget.

Tricks That Can Make Anyone A Power App Expert. Get IT Now!

‘App Craft’ is a step by step at your own pace Microsoft Power App training program. You learn by doing. When completed you have a fully working audit app. More importantly, your newly acquired knowledge. Will help you to build your own awesome apps.

Stop waiting for IT, solve your team's problem now.

You are fully protected by our 100% Satisfaction-Guarantee. If you are not satisfied with our learning methodology. We promise you a 100% refund within 30 days provided you completed module one. Just let us know why and we'll send you a prompt refund.

Experience has taught me the more concise and practical a course is the greater the value to the student.

What if I don’t use Microsoft Power Apps?

Don’t waste your money this course isn’t for you.

How many apps can we create with this?

I seek to empower EVERYONE to start and create positive change. "Low-Code" means anyone can turn challenges into profits. The only way to keep up with the speed at which the world moves today. Is to empower everyone from the front-line worker to the executive.

To answer the question of what you learn can be applied to as many apps as you care to make.

What if I don’t know what to make an app for?

Think about all your paper procedures, excel spreadsheets and legacy systems. All are possibilities for automation.

Are there any extra purchases required to successfully take the course?

If you have MS Office 365 E3 plan, then no. To take this course you will need MS Power Apps. Automate (Flow), SharePoint. Don’t buy this course if you do not have access to this software or don’t have plans to purchase.

Can I take the course at my own pace?

Yes, ‘App Craft’ is step by step at your own pace Microsoft Power App training program.

You’re right selling off the shelve app would return more. But you need to apply what I teach and what I teach is freely available. All you have, to do is locate the material and put it all together and save yourself £200. I’ve assembled, collated, tested and presented what you need in one place to build an audit app. Depending upon your level of expertise it could take you months, certainly weeks. If you have spare time, then you shouldn't buy this course. If you don't then you should purchase.

Why is App Craft priced more highly than many competitors?

Most courses if not all focus heavily on theoretical features. Let me explain. Yes, what they teach can be applied in practice. However, students more often than not are left to discover how to knit together what they’ve learnt. This course flips that by building a working app. In my experience, many people learn more this way.

If the theory is your preferred learning approach do not buy this course.

Is there a place where we can ask questions about app development?

Yes, we have a Flarum group. Alternatively you can use comments option at the bottom of each module page. if you prefer to contact Cloud Hound then email support@cloudhound.co.uk

What if I’ve never built an app or have any coding skills?

A question I’ve been asked a few times. While the course can be described as advanced training it is easy to follow. It’s a bit like a recipe for your favourite food. If followed precisely you produce a perfect dish. Take a look at previous training lab. An illustrated step by step recipe guide.

Will we get future updates to the course?

Power Apps innovation is continuous. What you see now might not be quite the same when you take the course. I will do my utmost to regularly revise the course. If changes are too great, I will retire the course. If you experience difficulties then reach out via Flarum group. Alternatively use comments section at the bottom of each module page. Or email me at support@cloudhound.co.uk

How do I manage app costs & get users to use my app?

The Big Picture - app development costs are difficult to estimate. Even a basic app can cost £15,000 and enticing end users to use your app can consume even more of your budget and time.

General rule the more complex an app the great your budget need.

User research will reveal a business need. The general rule is the more you involve your users. The less user adoption resistance will be.

If you do not intend to involve end users do not purchase this course. You are wasting your money.

Why to apps fail & will users resist?

If you listen and address user concerns at each stage of development. Your app is more likely to experience a positive adoption.